For full-frame shooters, a fixed f/2.8 aperture, 70-200mm zoom is an extremely popular lens for shooting sports, wildlife, reportage, events, weddings as well as portraits, making it a versatile and must-have lens for many pros. The Sony lens promises outstanding resolution, as well as attractive bokeh thanks to its eleven-bladed circular aperture.

The Sony FE 70-200mm f/2.8 features no fewer than 23 elements, including three aspherical lenses, two super ED glass, and four standard ED glass elements. These are arranged in a a sealed dust- and moisture-resistant lens barrel, together with a fluorine-coated front element for extra protection in harsh conditions. Dual autofocus motors, including Sony’s SSM (Supersonic Wave Motor) and a double-sided linear motor that controls the rear group of elements, promise powerful autofocus operation despite the large number of elements. Additional autofocus controls include an AF/MF switch, focus lock buttons on the lens barrel to lock focus at a specific distance, and a focus limiter to reduce unnecessary focus hunting, all of which should help improve operation in fast-paced environments.

Additional features include an internal focusing system, a 77mm filter thread for attaching filters, and a rotating and removable tripod collar. An E-mount lens, the Sony FE 70-200mm f/2.8 is compatible with Sony APS-C mirrorless cameras such as the Sony A6500, on which it provides an equivalent 105-300mm focal length (taking into account the APS-C crop factor). 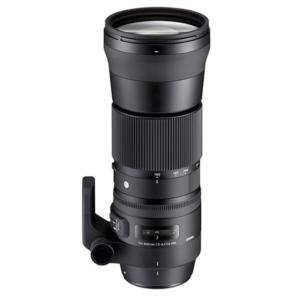